EPC Board of Directors

Dune Lankard is a strategic and guiding force for the Eyak Preservation Council. His stances in his community have shown vision and courage, even though they have not always been popular and understood.  He is ancestrally from, and a lifelong resident of, Cordova. The morning he found his homelands covered with oil from the Exxon Valdez disaster he turned from commercial fisherman to dedicated community activist. Since that day, he has been recognized for his abilities to link cultural and environmental solutions. In 2006, he was named an Ashoka Social Entrepreneur Fellow; in 2007, his non-profit business idea for the Cordova Cold Storage and Cookery was awarded a Marketplace Alaska award by the Alaska Federation of Natives. He was awarded a Hunt Alternatives Fund-Prime Movers Fellowship: Cultivating Social Capital Award. He sits on boards of the Bioneers, EPC, the NATIVE Conservancy, REDOIL, and on the advisory board of the Seva Foundation and the Alaska Wildlife Alliance. Dune contributes in all of EPC’s organizing and strategies, and is a lead strategist in the Bering River Coal Conservation Opportunity and the Shepard Point campaigns. He is also one of EPC’s Copper River Wilderness Raft guides. 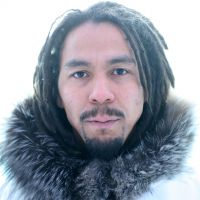 Founder and manager of the internationally acclaimed music, dance and performance group Pamyua, Phillip brings to EPC a wealth of experience and wisdom. He works with Indigenous youth as a cultural awareness instructor, and teaches sports, music and dance on a regular basis, and gives guidance and workshops on leadership. He has won numerous awards and recognition on an international scale. His accolades include an Alaska Governors Arts award, best documentary at the Anchorage International Film festival named the “Most Influential Artist of the Millennium” award by the Anchorage Daily News. Phillip is also a devoted father of three, and has a degree in Liberal Studies from Alaska Pacific University, and brings benefit events and fundraising skills to EPC. 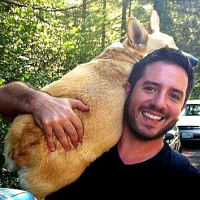 Mason Bondi is a Bay Area born and raised artist, real estate developer and activist. Mason spent five years working with the Mercy Corps, a Portland based disaster relief and development NGO. During those years, he responded to humanitarian crisis situations in Haiti post the 2006 earthquake and thought the Persian Gulf region during the end of the Iraq war. Mason was pivotal in implanting a cross border communication technology platform that greatly influences the Arab spring during recent unrest in Egypt. Mason cultivated relationships with numerous Gulf philanthropic organizations eventually resulting in a 27-million-dollar grant from the Qatari foundation; Reach Out To Asia. Post Mercy Corps Mason has focused creativity on artistic expression to inspire and respond to civil discourse in the United States. In 2015, Mason, with the support of the Drever Family Foundation and the City of Tiburon curated Art by the Bay an outdoor sculpture exhibition featuring international renowned sculptor Bruce Beasley. He has also helped fundraise for numerous charitable events and is helping EPC with his fundraising connections and capabilities. In 2007, Mason had the distinct pleasure of interning with the Eyak Preservation Council in Cordova, Alaska for over 4 months. His time spent in Cordova was deeply moving as he was exposed to the wild and powerful connections between the culture and the land. 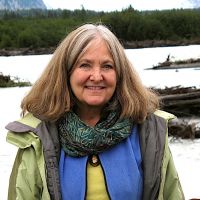 Carol began working with Dune Lankard (Founder of EPC) shortly after the Exxon Valdez oil spill on the public interest litigant lawsuit that stopped a planned 75,000 acre clearcut on Eyak lands in Prince William Sound. This effort started a domino effect of development-rights purchases, and ultimately resulted in saving over 700,000 acres of trees and salmon habitat. After that victory, she sold her successful San Francisco publishing business and started working full-time on wild salmon and conservation / preservation issues with Dune in the Eyak ancestral homelands in the Chugach, Copper River Delta and Prince William Sound regions of Alaska. She is currently fulfilling the duties of Executive Director and is overseeing EPC’s administration, programs and fundraising. She works closely, in-collaboration with other organizations, on many conservation and cultural issues in Alaska, most notably with the Gwich’in Steering Committee on the Arctic Refuge preservation challenge. She is a lifelong environmentalist and peace activist. Originally from a Washington DC family, she is a graduate of American University and began her career in a prestigious advertising agency with clients such as the Environmental Protection Agency and ABC News. She then founded and was creative director of an award-winning and internationally recognized consulting, marketing and publishing firm in San Francisco.

With over 25 years of experience advocating for environmental conservation, Pete brings a track record of successful organizational leadership to the Eyak Preservation Council. He served on the Waterkeeper Alliance Board of Directors prior to joining the staff as the National Organizing Director in 2011. Growing up in Maine, Pete learned to value pristine coastal waters from a young age. In the 1980’s Pete served in the U.S. Coast Guard in New York Harbor, where he witnessed the multifaceted demands on the Hudson River estuary. He then moved to California where he became deeply engaged in the struggle to conserve the ancient redwood forests. This ignited a life-long passion. Pete co-founded Humboldt Baykeeper in 2004 in order to safeguard coastal resources for the local community, and served as Executive Director for seven years. As Secretary of the Board of the California Coastkeeper Alliance, and President of the Northcoast Environmental Center, Pete organized bioregional conservation efforts throughout northwest California and southern Oregon. Pete brings an expertise to EPC’s Board that is unparalleled when it comes to empowering small communities to develop a collaborative voice in advocating for healthy waterways. 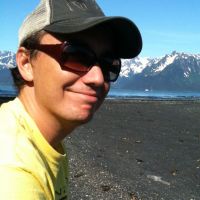 Rion Schmidt is a Native Village of Eyak tribal member, Chugach Alaska Corporation shareholder and environmental activist from the Prince William Sound region. A true voice for the land, Rion has worked to protect his ancestral homelands and the Copper River Delta from harmful development for many years and has participated in many of EPC’s successful conservation victories: for example stopping the Carbon Mountain Road across the Copper River Delta with direct action and stopping oil and gas development in Katalla. Rion's professional background includes former positions for the Alaska Center for the Environment and the Native Village of Eyak. His years as a commercial fisherman, subsistence user and land activist have given him a by-experience background that greatly benefits EPC's programs and projects. Rion is currently the co-owner of a music school for children and adults, which operates in both Hawaii and Alaska.